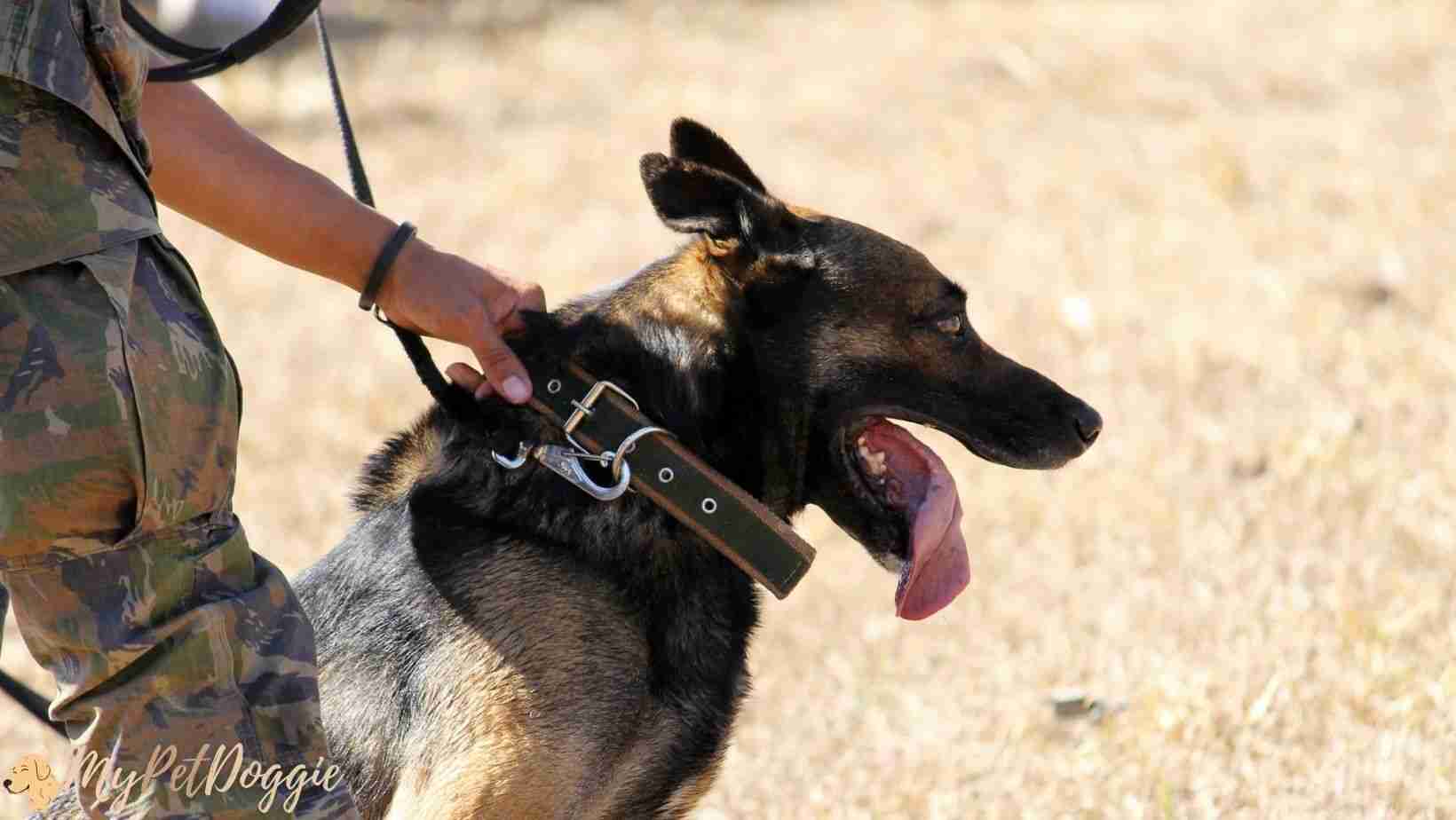 Police dogs are trained to perform several functions, one of which is to find and apprehend criminals. Because not all criminals will come to the attention of the authorities. These qualities and duties make people question like are police dogs trained with shock collars?

Many of these people are probably unaware that police dogs are not routinely trained in the use of such devices. Shock collars are commonly used for training obedience or performance obedience. When used properly, shock collars can be very effective in training dogs for such activities.

You must know the facts, in order to have a stance on the issue. So, let’s dig into this topic.

Why do the police dogs need to be shocked? In case they can’t be controlled or make an aggressive move, the police officers can hold them or take them back in control by the shock. Moreover, the reason for their shock training can be:

When done right, positive reinforcement can be very effective in teaching police dogs to behave in a certain way.  But this can’t be always the case. Some people may find it inappropriate but this is how it goes.

Is it true that shock collars are useful for full training?

Some schools and professionals only focus on successful training. For this, they may not care what training method they use. But there are also some trainers who still enforce other ways of training and are successfully doing their job.

Are shock collars even safe?

Shock collars are safe in the hands of professional trainers and well-aware owners. Shock collars come with multiple features and different intensity levels of stimulation which help trainers adjust the setting according to individual dogs.

But if they are given in the wrong hands, shock collars can be harmful.

Why do police dogs need to be trained with shock collar?

The duties a police dog has to offer to require them to be perfectly trained with the least mistakes to commit. And this can be best done by a shock collar. Using traditional methods for training can be problematic.

A shock collar is a small, battery-operated device that makes an electric pulse when it receives a signal from a receiver. The device is worn close to the skin and works by delivering a mild electric shock.

The electric shock can be used to correct a dog’s bad behavior. It gives the trainer control over the dog. The same is the case with police dogs. They are trained with a shock collar so they can be controlled under difficult situations.

Let’s look into the statements people give opposing the shock collar training. Some people say that shock collars are unnecessary because dogs can be trained with positive reinforcement techniques.

Many professionals believe that the use of an electrical collar is unnecessary and potentially harmful. However, law enforcement personnel who want to use them are given the green light by their superiors.

On the other hand, there are some who prefer relying on e-collars only. So, basically, the choice is up to the individuals.

When do police dogs need to be trained with shock collars?

In the beginning, dogs are trained to learn basic commands and tasks. This training usually lasts up to 4 weeks. After that dogs are required to be engaged in advanced training which may or may not include shock collars. It depends on the person in charge if they want to carry out the training with or without a shock collar.

Are shock collars even considered humane?

Shock collar training is humane. But it very much depends on the person carrying out the training. They should either be professional or they should have enough training and knowledge on how to handle it.

Do k9 trainers use shock collars?

Now you have a better understanding of why shock collars are used for training police dogs, and why they are preferred over other traditional methods. Do you want to know about the places where police dogs are given specific training?

You must have heard about K9 training. While it is true that many dogs are trained with no shock collar there, you can’t be sure at which level they are subjected to shock training too!

Alpha rolls are one example of the techniques and strategies used in some schools to train dogs. This technique is often used to control dogs who are constantly misbehaving or who are resistant to other dogs. Such techniques cause stress and anxiety in dogs.

Apart from this, you may find some experienced K9 trainers or schools that will neither use shock collars nor such stressing traditional techniques, that have no merit anymore, to train dogs.

Find a trainer for your dog who has the experience and a good reputation for training dogs. Shock collars are particularly effective at reducing anxiety, controlling hyperactivity, and reducing striking behaviors. But the trainer should also be aware of the potential risks of using a shock collar as well.

Shock collars provide an effective way to train dogs. They work by delivering a small electric current to the dog’s neck in order to produce the desired behavior. Shock collars are not intended to discourage the dog from doing its normal behavior. Instead, they are used to guide the dog’s behavior.

Choosing the right level of shock is essential because it has to be strong enough to control your dog but not so strong that it hurts. You don’t want to shock your dog too much or you’ll cause pain, but you also don’t want to let it go too low that it’s not effective.

Are e-collars safe for dogs?

Shock collars are widely used by dog training schools and professionals. It is one of the most effective ways to train dogs. When properly used it doesn’t provide long-term harm to dogs.